I've been reading Matt Ruff's work for 20 years now, and he has never failed to amaze me. The adaptation for screen of "Lovecraft Country" is nothing short of extraordinary from cast to costume. We asked our good friend Solomon Russell aka LeftHandTwill to dive in and talk about the world built by the producers and showrunners of this remarkable show.
-Jeremy

The 1950s – off the cusp of WWII and into what many consider to be the golden age of America. For some it was a simpler time like apple pie, baseball and the beginning of a very strong and transcendent popular culture. With the likes of Marilyn Monroe, James Dean, Marlon Brando and Audrey Hepburn it's easy to see why this era is considered to be classic. Their effortless style remains iconic today. While on the not so glamorous side of the era, but still a part of the nation’s fabric was the blue collar worker and their workwear which the heritage brands of today hold as the bar to aspire to with their own creations.

When we look at the ‘50s for the plush aesthetics of fashion of that time, it can be easy to gloss over the complete turmoil that came along with that decade. There is a name that we must not forget from that time. A fictional character whose name ruled the north and south and left Black people on a very real and hellish landscape. That name is Jim Crow.

To think about the 50s today seems otherworldly, Black and white people did not co-exist as the long whip of slavery still had an effect on this country. If a television show were made about this time it would feel unreal; science-fiction-like even. Where magic, monsters and spells ascend down on stylish Black folk traveling through “sundown counties,” that show has been made, and it is “Lovecraft Country”.

With the costume design being done by Danya Pink, from the first summer scene set in Chicago, the nuance screams “Sunday’s Finest” wardrobe. As I’m sure more people have become aware, to don your Sunday’s finest is what one would wear to church. In “Lovecraft Country”, the older characters present themselves this way because, in real life, that age group did not want to wear the garb of the sharecropper that lays heavily in Black lineage. The cause and effect of this look leads to our Lovecraft characters in clean-cut suits and pants being held up by suspenders with wide floral ties. The women wear colorful form fitting dresses and pattern play blouses sharp enough to cut through the thick rising tension of the story’s plot. 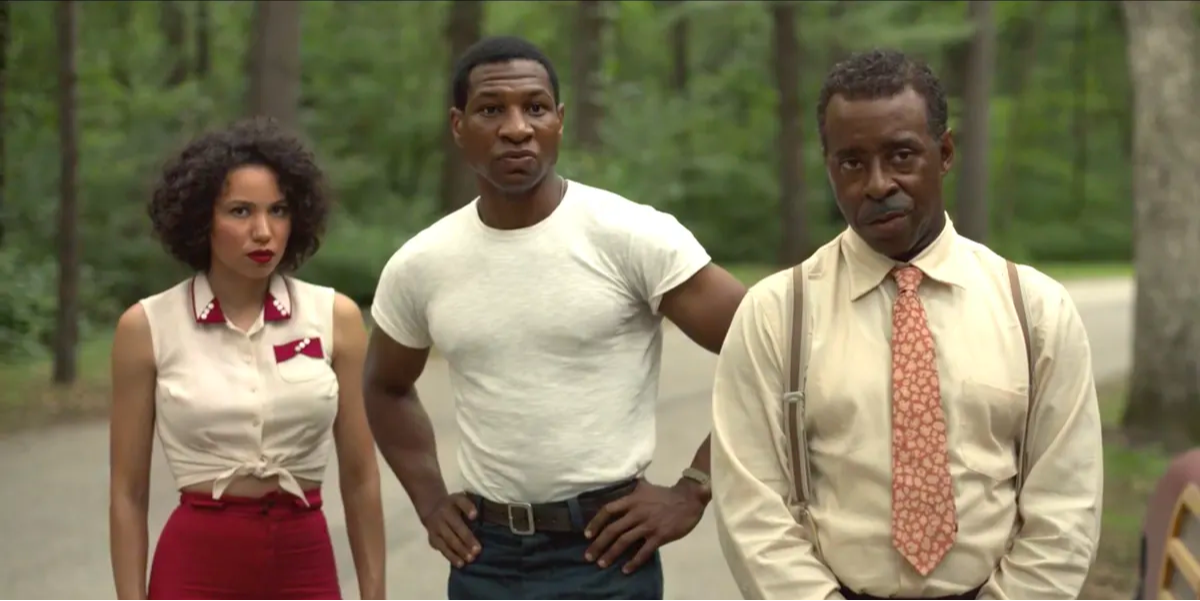 The style of the protagonist, Atticus Freeman (Jonathan Majors) is that of an off duty military man. The classic fitted t-shirt with straight leg, buckle-back denim is a timeless look that has traveled and changed styles through the years but has returned to that same fitted 50’s look in 2020.

If there’s one thing I really appreciate about the costume design of this show, it’s the use of colors on not only the main characters but the extras as well. The carefully crafted look puts our heroes in vibrant garments that compliment their range of Black skin tones perfectly. Lovecraft Country injects color in an era that we are used to seeing in Black and white. To see that today is an erasure of culture that can make the 1950’s feel like it was hundreds of years ago rather than seventy - the age of a lot of our parents. Take Hippolyta Freeman (Aunjanue Ellis), for example, how heartbreaking would it be to not know her mixed textured aqua top goes supremely with her nautical print high-rise skirt? Or that the mustard-colored tie is the necessary pop of color on Uncle George’s (Courtney B. Vance) appreciated, worn-in brown suit. The level of detail for the clothing in this show is just as important as the storyline itself, as the clothing tells its own story of each character.

Our heroes travel across the country from Chicago to Ardham with Uncle George navigating the treacherous trip through segregated America, as he’s done before with his “Safe Negro Travel – Keeping You Safe While You Travel” trip guides. Think about it, nothing was simple back then for Black men and women, a road trip, filling up your gas tank, stopping to eat at a diner, your life was always in jeopardy. Considering what it’s like today I could only imagine how strong-minded you had to be in those days when the law and citizens were blatant in their racism. 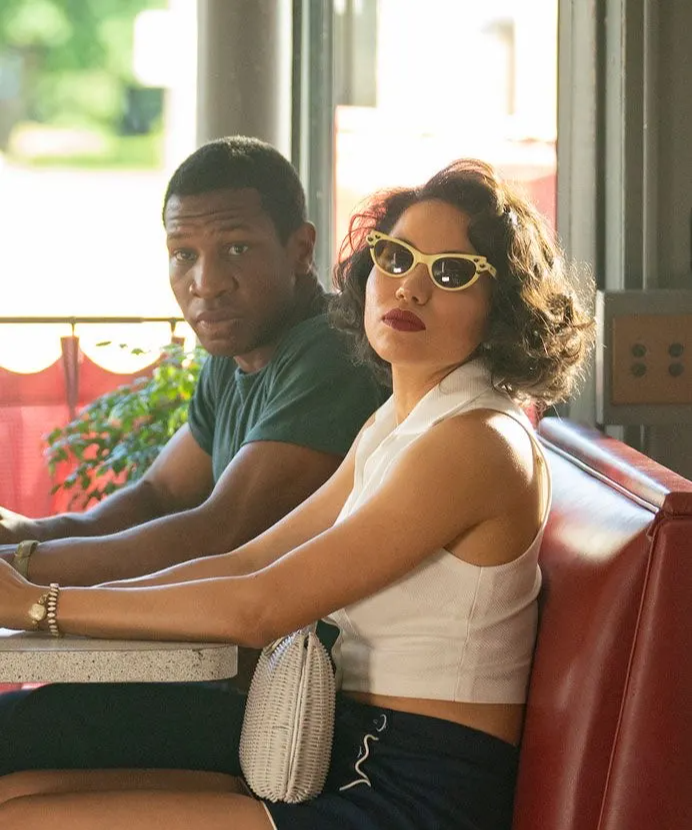 In Lovecraft, our characters are bold and their wardrobes reflect their strength. Enter Letitia “Fuckin” Lewis (Jurnee Smollett). With a knack for flare, Leti’s style encompasses everything that you believe she is, artist, photographer, cultural documentarian. Whether bloodied or in pristine condition her different looks kill every time. From top to bottom, her white cat-eyed frames, front tied cropped blouses, A-line skirts and high waist pattern play pants fit Leti like a glove. 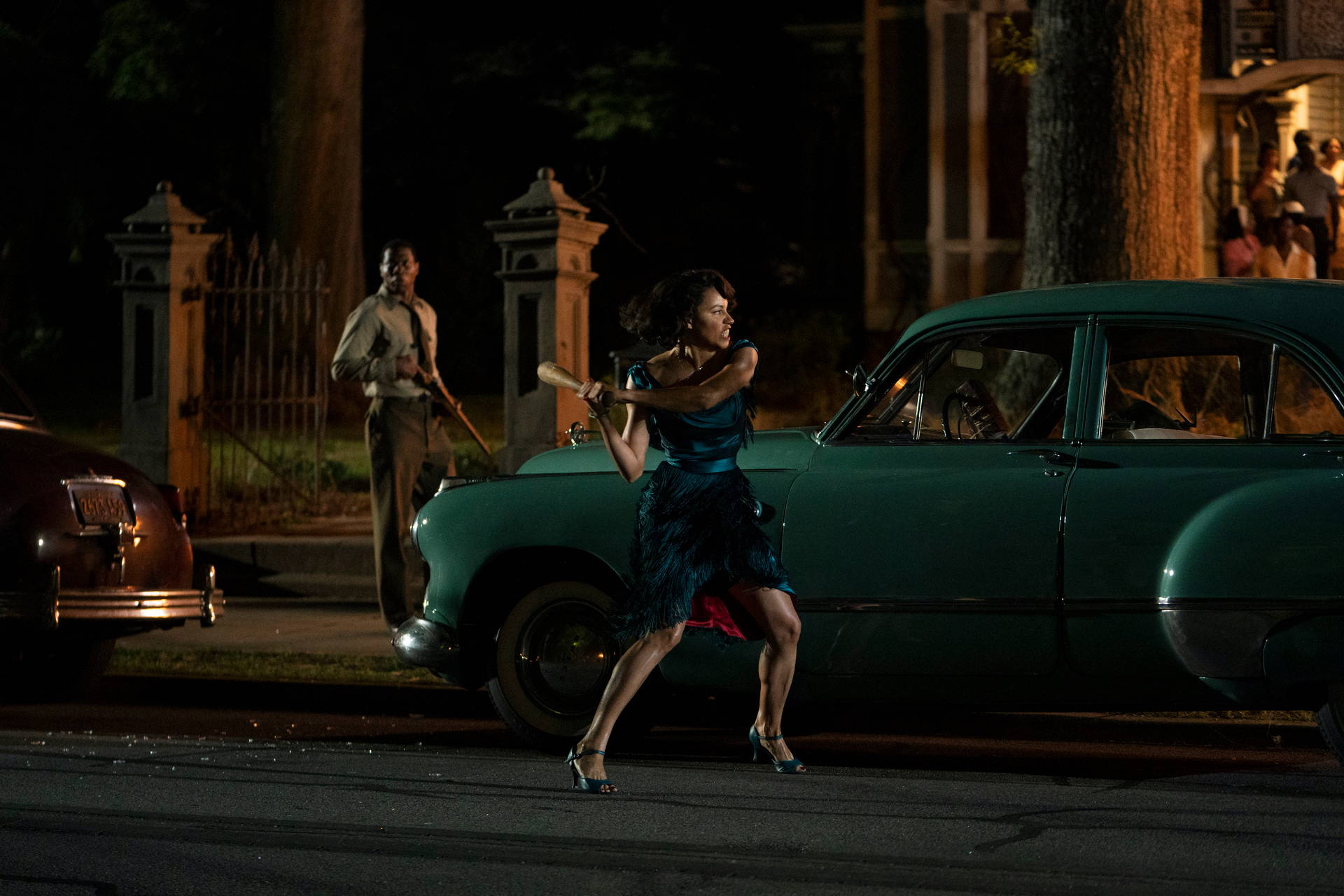 The wide range of colors used for her look provides a stark contrast to an all white North Side of Chicago neighborhood. She busts the windows out of nuisance neighbors’ vehicles after a cross was set on fire in front of her house while in a gorgeous sleeveless and draped emerald green dress that was perfect for bat-wielding. Not to be outdone is her Blues-singing sister, Ruby Baptiste (Wunmi Mosaku). Her style is completely opposite: matured and a bit more reserved, she is perfect in abstract floral print dresses fit for any stage. 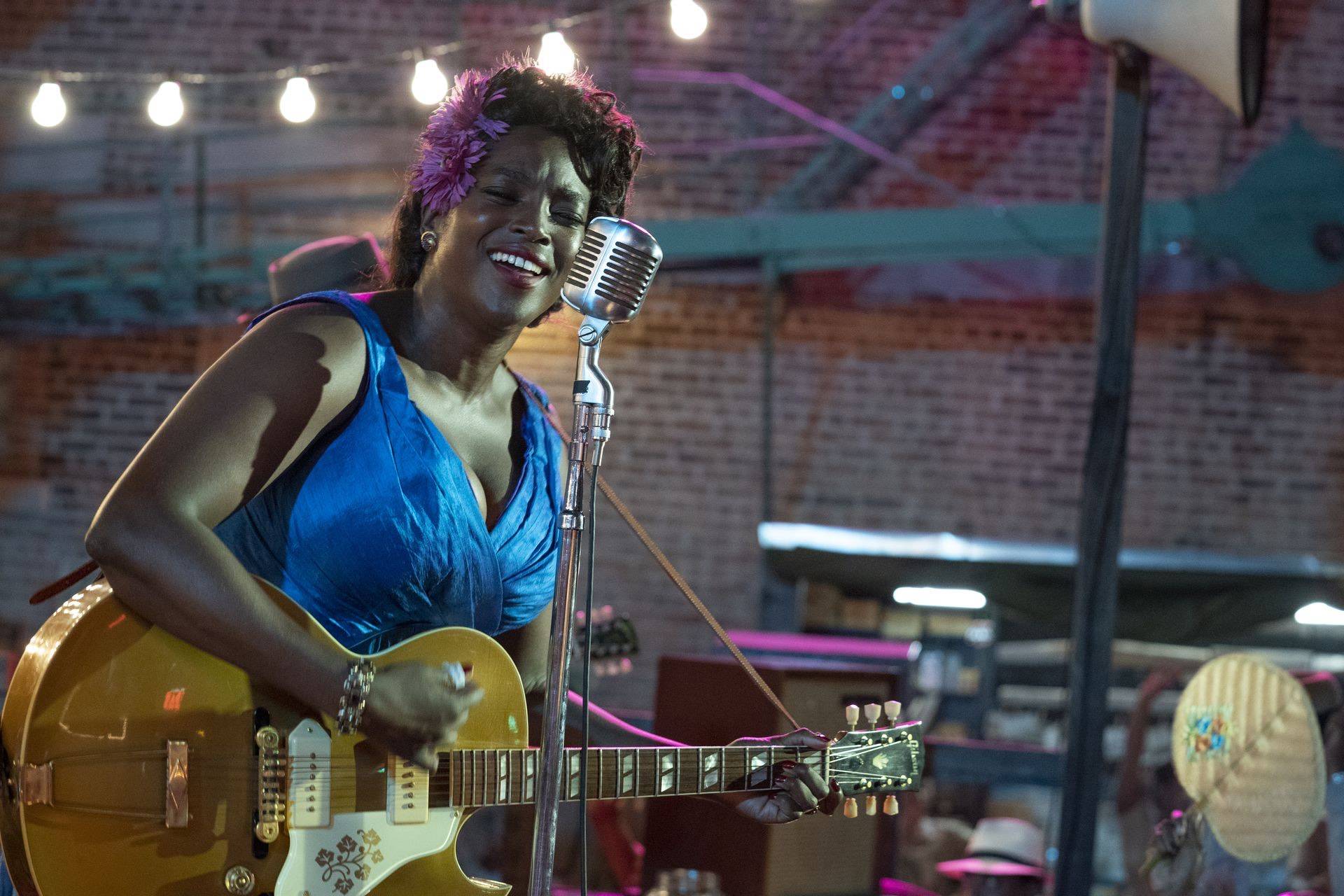 The 1950s - style and turmoil, clothing we now consider vintage and segregation. For me personally, I can’t look at that era and not think of both quality garments and Jim Crow. Thinking about the non-fictional challenges that our heroes in Lovecraft Country faced is enough to sadden those who live now in what has been a tumultuous 2020. Even though what we are living now could not have been dreamed up by Matt Ruff back in 2016 when he wrote the novel, looking back several decades still feels unreal without or without magic monsters, and spells descending on stylish Black folk.