Hey, Blamo! Listener...
We're happy to see you here. If this is your first visit, read on to learn more about us, or jump down to this week's Denim Facts.

For those of you who don't know us, we're Neil and Jeremy. Standard & Strange is ours, we founded it, own it, and put everything we've got into it over the past 8.5 years.

We started on this journey in 2012, with a tiny 200 square foot store in a back alley in Oakland, CA. We've grown quite a bit since then, expanding and moving our Oakland store, along with opening up our Santa Fe, NM location. 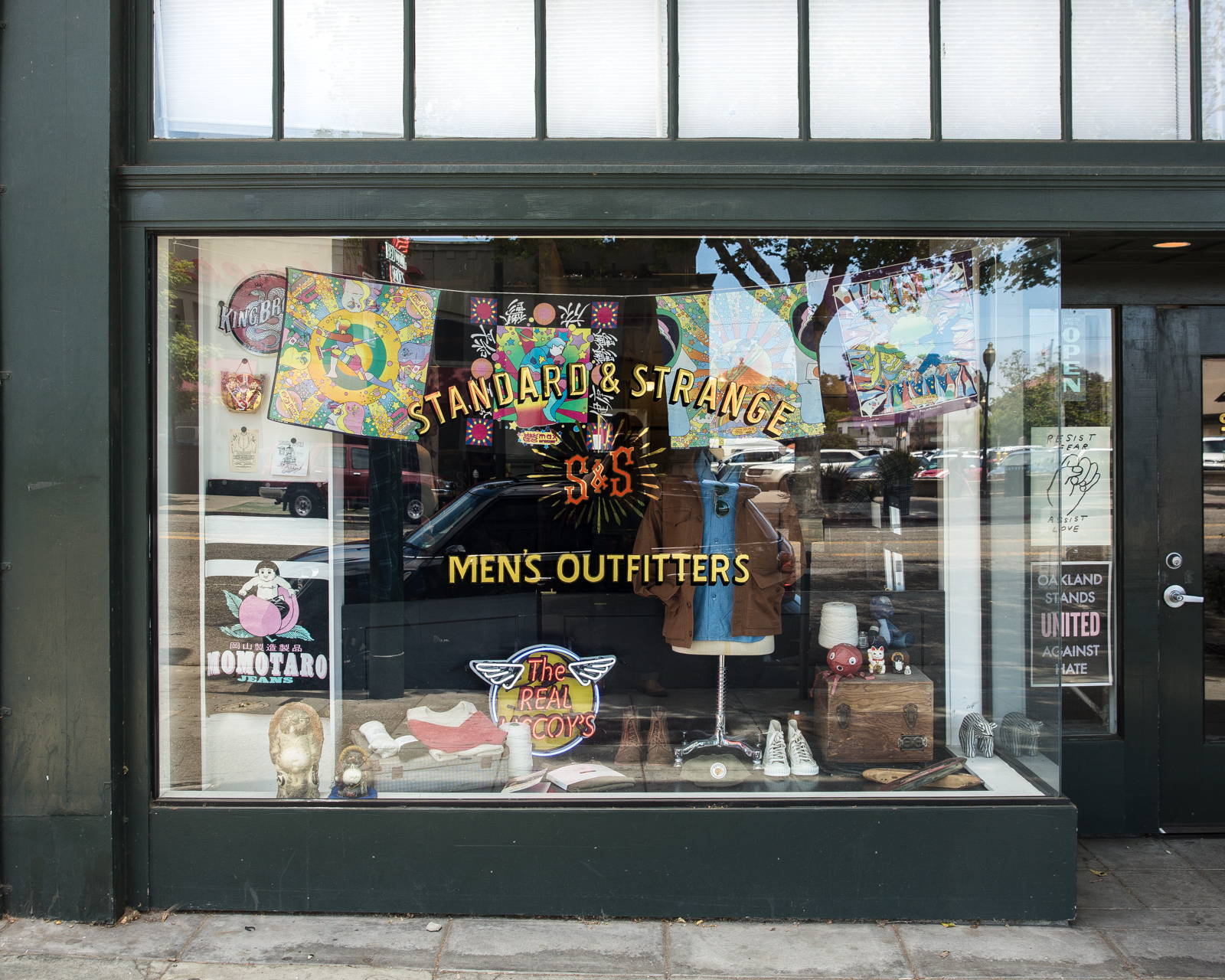 When it comes to the brands we sell and the products we make, we focus on the intersection of great people and product that will stand the test of time. We know the people behind all our product, and we don't stock anything that we wouldn't have in our own closets.

Over the nearly 9 years we've been in business, we have circled the globe meeting friends and buying products. We take the time to learn how boots are made; take side trips to visit one of the three remaining loopwheel mills in the world; and do our homework on the history of the products we sell. 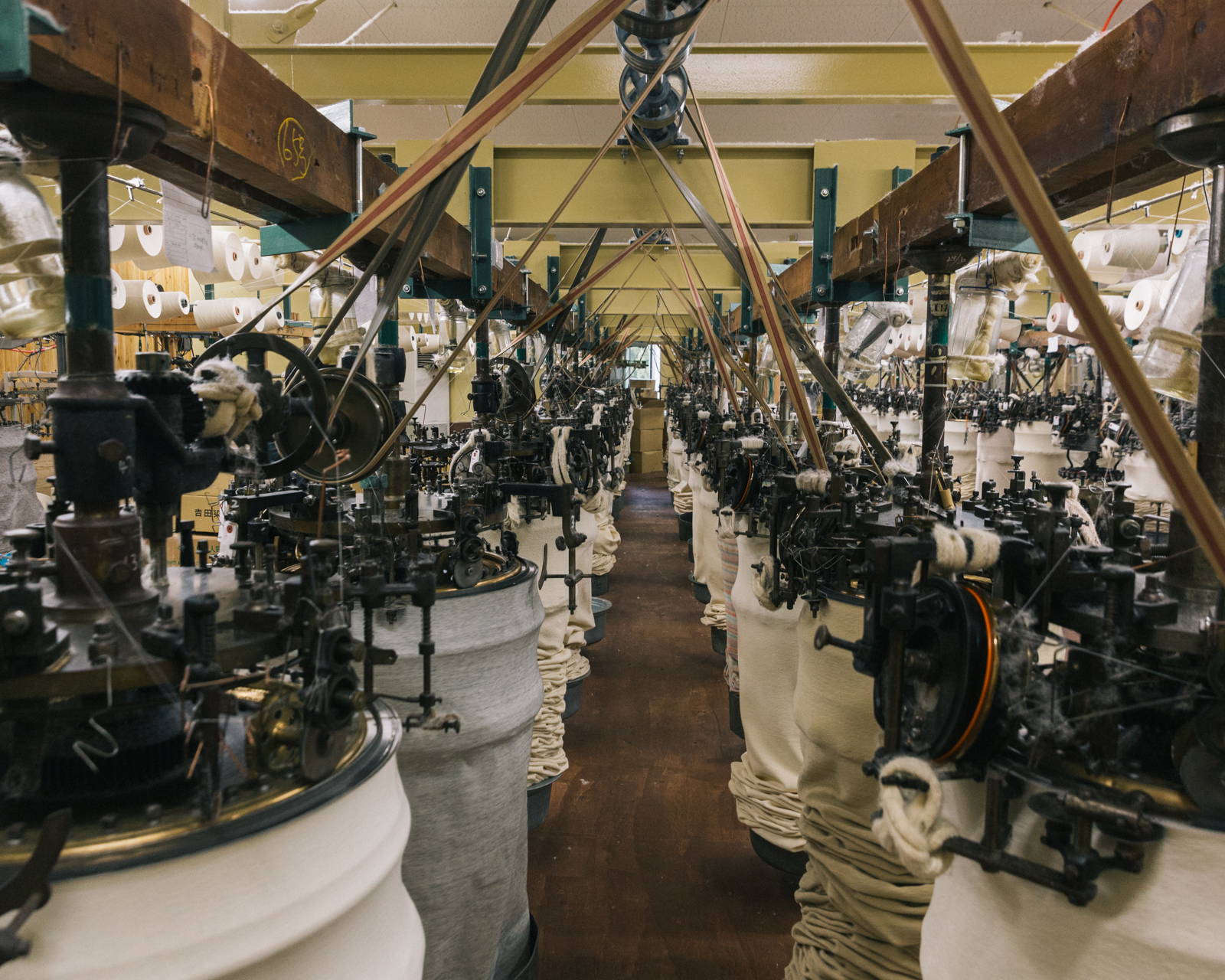 Loopwheel looms in their natural habitat

None of this would be worth doing, however, without our communities.

Starting in 2020, we have leaned hard into social equality and giving back from our own pockets.

2% of our revenue (that's all the money that comes in the door, not just out of our profit) goes back out to causes we believe in.

Between that and the other fundraising work we did in 2020, we were able to donate nearly $100k to charity. In addition to our financial support of social equality causes, we allow 2 paid hours a week per employee to volunteer for issues they care about. Some of this work is captured here in our "taking action" section.

For every episode of this Blamo! season, we're presenting 3 Denim Facts. One is an outrageous lie, two are probably true, and sometimes none of them will be about denim.

→ The Levi’s 501 fit was supposed to be named after the 510 telephone area code where founder Levi Strauss lived in Berkeley, California - but due to a transcription error, the jeans were incorrectly labeled.

It was too costly to re-label the jeans, so the company kept the 501 name, and the rest is history.

This is this week's bald-faced fabrication. Even Levi's has no idea why the 501 is named the 501.

→ The first Levi’s jeans were made at least partially cottage-industry style, leveraging a network of home sewers with the Levi’s factory doing the final finishing steps.

This is a true denim fact.

→ In 1954 the first zippered version of the 501 were introduced because the East Coast market had never seen button fly jeans before, and did not understand them.

Also a true denim fact. The 501Z was made specifically for the East Coast customer that preferred to keep the wind out of their jeans with a zipper.

→ One of the most iconic jeans ever, the Wrangler 13MZW, was produced by a man named “Rodeo Ben”. He was a Jewish tailor, born in Poland, and working out of Philly. He was so legendary that newscaster and documentarian Charles Kuralt spent two days filming him for CBS.

→ In the early 2000s, Rock & Republic jeans approached Kid Rock about producing a collaboration jean named after the hit song American Badass, which stalled out due to the 2008 recession. The only known sample of the never released collaboration was sold by Sotheby’s for a modest price of $175, the original suggested retail price.

This is terrifying close to reality, but it is, in fact, a fabrication.

→ Due to the chemicals used in the indigo dying process, unwashed jeans are more flammable than jeans that have been washed or thoroughly soaked in water. It’s recommended that if you are a smoker that you wash your raw denim jeans before wearing them.

This is a highly flammable fabrication.

→ Putting your jeans in your freezer for 48 hours will kill odor-causing bacteria, prevent excessive color loss and protect your jeans. Spraying jeans with Febreze is another no-wash solution to keep your jeans smelling fresh.

This is a lie someone close to you has told you at some point.

→ Loomstate denim is denim that has not been exposed to water or any finishing processes meant to stabilize the fabric. If you get a pair of loomstate jeans, they must be soaked before wear in order to maximize their lifespan.

This one is very true, and kind of important.

→ In 1985, Microsoft Excel was launched exclusively on the Macintosh, giving it a significant market share advantage over their competitors, who were still using Microsoft DOS operating systems.

Strangely, not a lie.

→ One of the early players in the spreadsheet marketplace was Lotus 1-2-3, a product that has never been beaten in revenue growth to this day, hitting $156 million in sales after only 2 years.

Not a lie, and something every SaaS company should beembarrassed about.

→ Microsoft Excel 5.0 has an undocumented feature called “Hall of Tortured Souls”, where the user can open a portal to hell and navigate the underworld.

Also true. We forgot the lie this week.